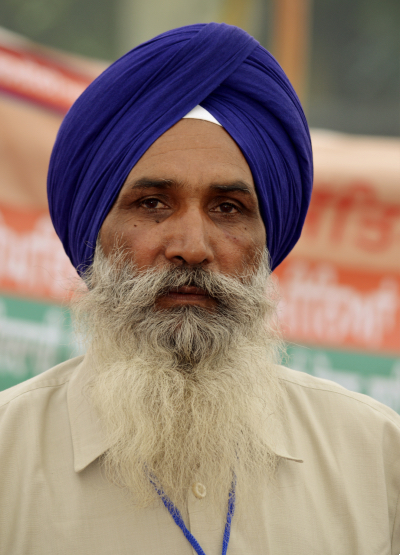 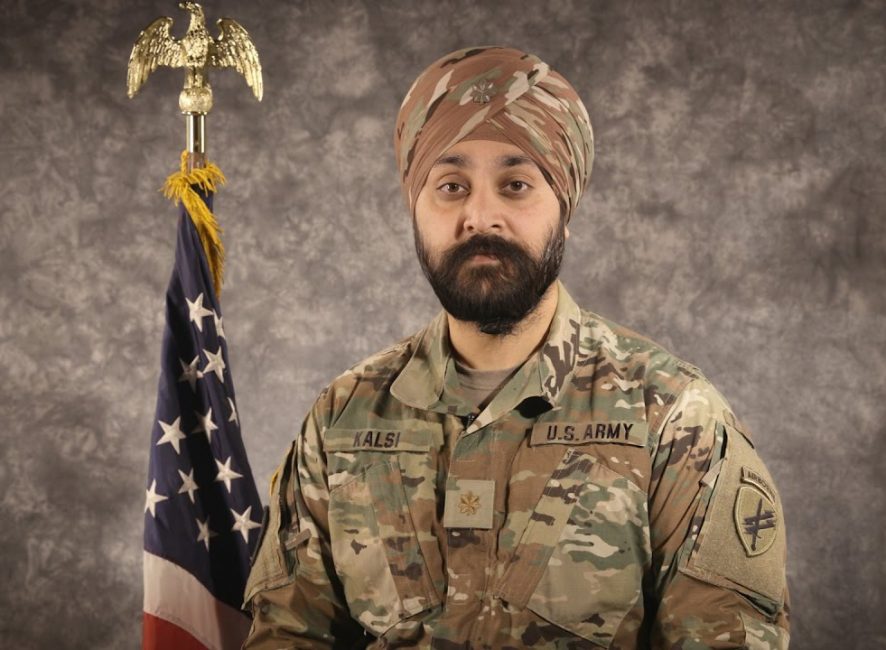 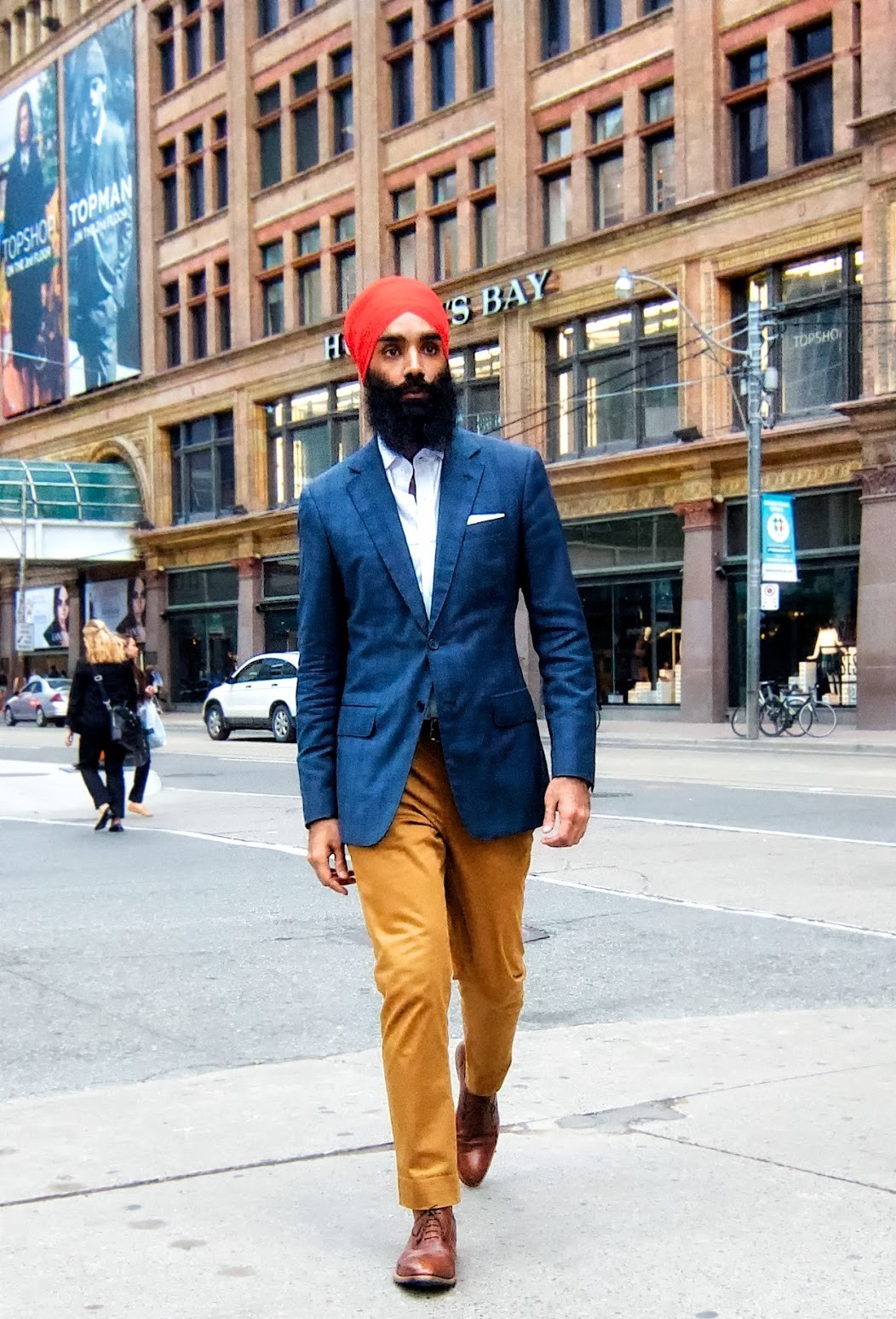 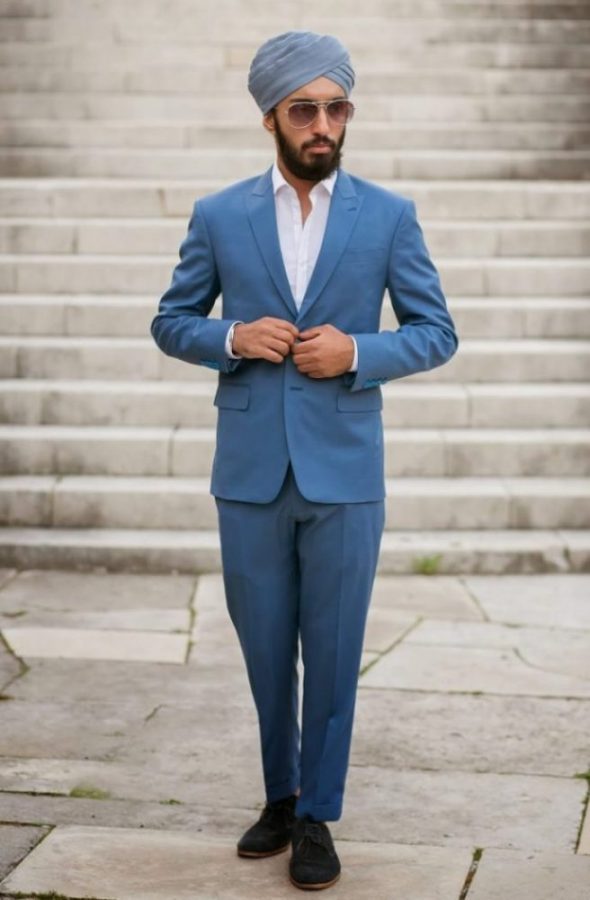 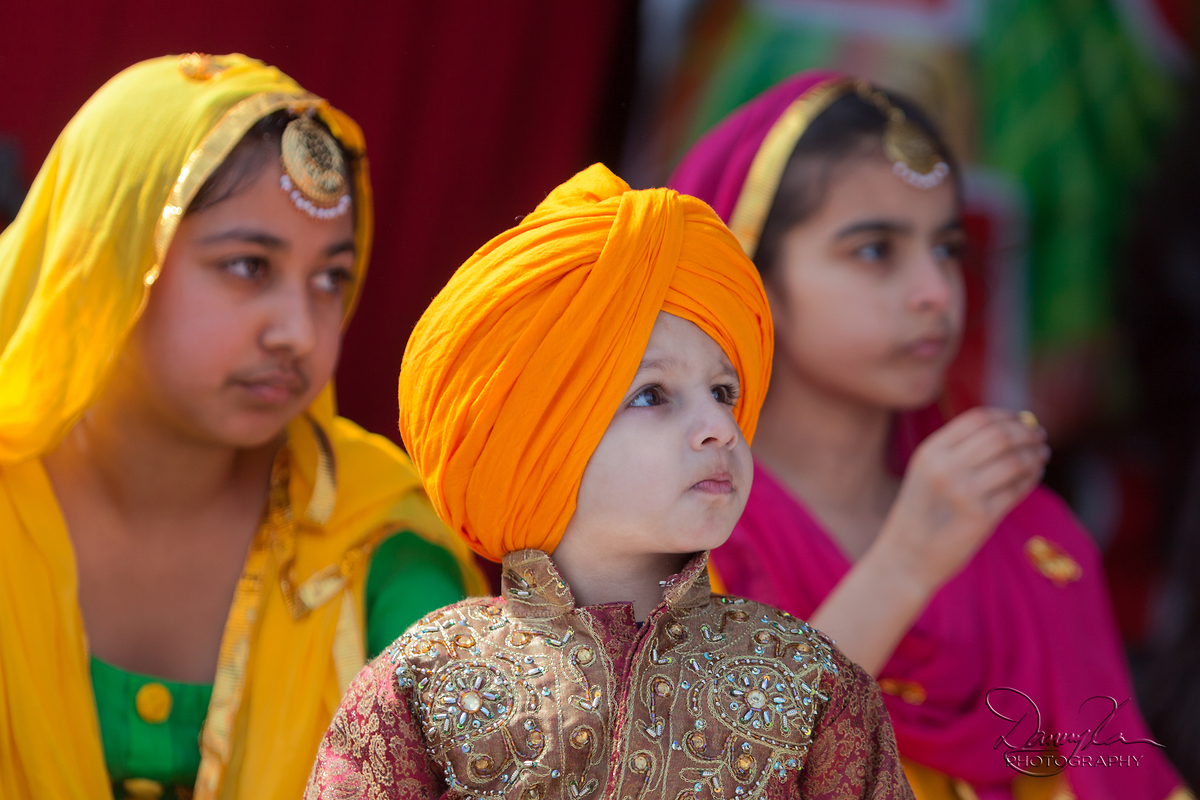 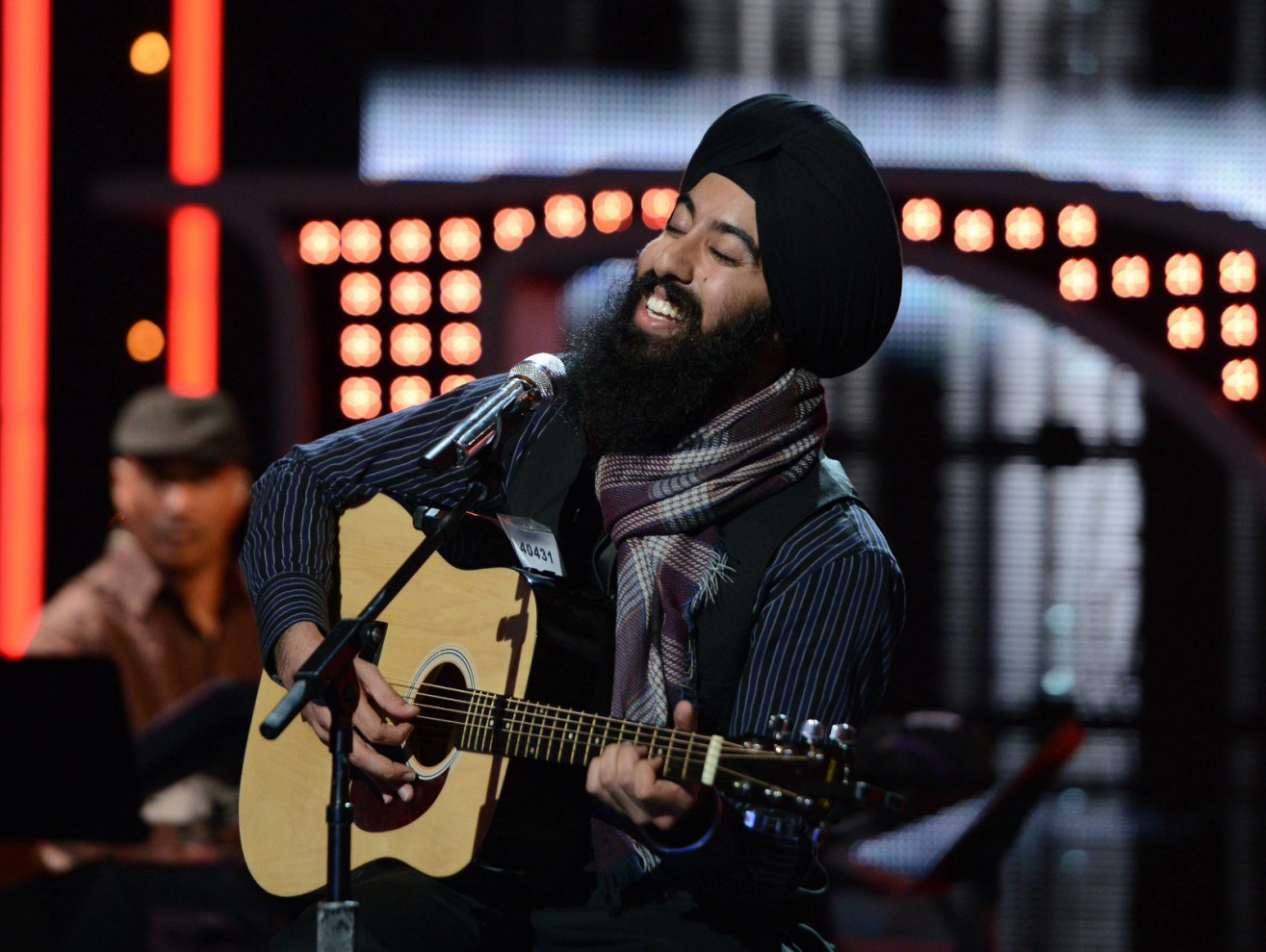 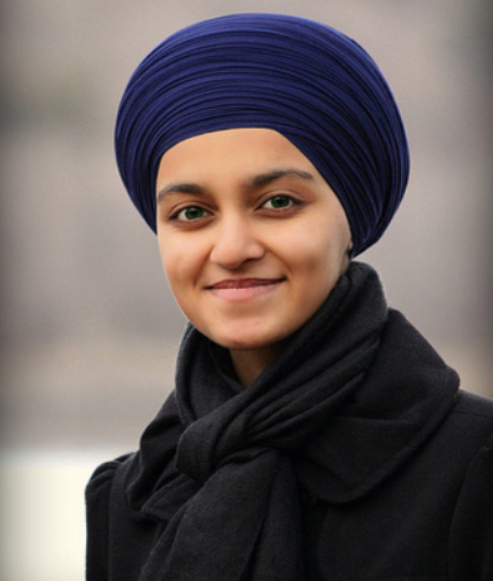 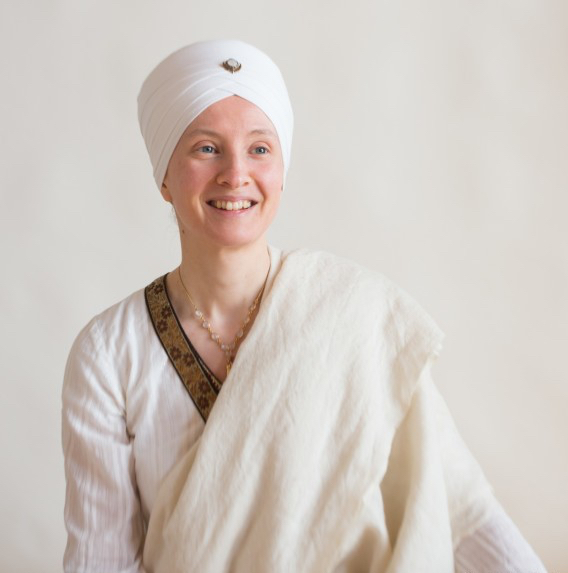 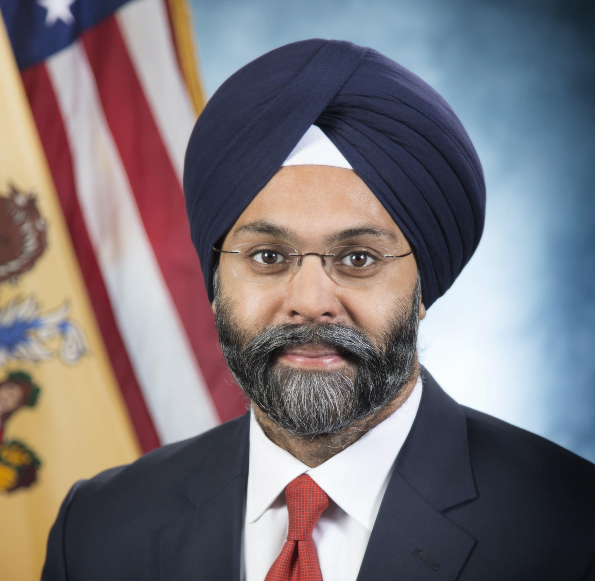 SIGNIFICANCE OF THE TURBAN

The dastaar, as the Sikh turban is known, is an article of faith that has been made mandatory by the founders of Sikhism. It is not to be regarded as mere cultural paraphernalia. When a Sikh man or woman dons a turban, the turban ceases to be just a piece of cloth and becomes one and the same with the Sikh’s head.

The turban, as well as the other articles of faith worn by Sikhs, have an immense spiritual as well as temporal significance. The symbolisms of wearing a turban are many from it being regarded as a symbol of sovereignty, dedication, self-respect, courage and piety, but the reason all practicing Sikhs wear the turban is just one – out of love and obedience to the wishes of the founders of their faith.

The turban’s importance can be found in just about every culture and religion, starting with the ancient Babylonians to western religions such as Judiaism, Christianity, and Islam, as well as eastern traditions. The Old Testament proclaims, “Once they enter the gates of the court,” implying God’s court, “they are to wear linen vestments. They shall wear linen turban.” Elsewhere in the Old Testament, the significance of the turban is further highlighted: He put the turban upon his head and set the gold rosette as symbol of holy dedication on the front of the turban as the Lord had commanded him. Moses then took the anointing oil, anointed the Tabernacle, and all that was within it and consecrated it. (Leviticus 8,9) Set the turban on his head and the symbol of holy dedication on the turban. Take the anointing oil, pour it on his head and anoint him. (Exodus 29-6)

The turban, since ancient times, has been of significant importance in Punjab, the land of the five rivers and the birthplace of Sikhism. There was a time when only kings, royalty, and those of high stature wore turbans. Two people would trade their turbans to show love or friendship towards each other. At the time of Sikhism’s birth, the majority of people in India and even today comprised the lower castes, mainly composed of peasants, laborers and servants. Many were literally owned by the upper castes and were severely maltreated.

The Sikh Gurus (prophets/teachers) sought to uplift the downtrodden and make them the equals of the highest of the high. Guru Nanak, the founder of the Sikh faith, states in his divine revelation: Nanak seeks the company of the lowest of the low class, the very lowest of the low. Why should he try to compete with the great? Where the lowly are cared for, there lies the Grace of the Merciful Bestower.

The Sikh Gurus sought to end all caste distinctions and vehemently opposed stratification of society by any means. They diligently worked to create an egalitarian society dedicated to justice and equality. The turban is certainly a gift of love from the founders of the Sikh religion and is symbolic of sovereignty that is of Divine concession. According to Sirdar Kapur Singh, a Sikh theologian and statesman, “When asked by Captain Murray, the British Charge-de-affairs at Ludhiana in about 1830, for the captain’s gallant mind was then wholly preoccupied with the Doctrine of Legitimacy, recently evolved or rediscovered by European statesmen at the Congress at Vienna, as to from what source the Sikhs derived their claim to earthly sovereignty, for the rights of treaty or lawful succession they had none; Bhai Rattan Singh Bhangu [a Sikh historian], replied promptly, ‘The Sikhs’ right to earthly sovereignty is based on the Will of God as authenticated by the Guru, and therefore, other inferior sanctions are unnecessary.’” (Parasaraprasna, by Kapur Singh, Guru Nanak Dev University, Amritsar, 1989, p. 130-131.)

The turban has been an integral part of the Sikh Tradition since the time of Guru Nanak Dev. Historical accounts relay to us that all Sikh Gurus wore turbans and their followers –Sikhs– have been wearing them since the formation of the faith. The turban serves as a mark of commitment to the Sikh Gurus. It distinguishes a Sikh as an instrument of the Guru and decrees accountability for certain spiritual and temporal duties. It is a mark of the Guru and declares that the Sikh wearing a turban is a servant of the Divine Presence. Wearing the turban gives much inner strength as well. Sikhs take this gift of the Guru with them everywhere they go. Just by being exposed to this regal quality, their attitudes and psyche get shaped in a certain way.

At the same time, there is a great deal of responsibility accompanied by the turban. A person’s actions are no longer just tied to him or her. Since Sikhs who wear the turban represent the Guru, their actions too reflect on the Guru and the Sikh Nation. In this sense, the turban serves to increase a Sikh’s commitment to Sikhism and lends to his or her becoming a more disciplined and virtuous person. The turban certainly deepens the connection between the Sikh and the Guru. The turban proclaims the followers of Guru Nanak as Sikhs but at the same time, it is not what makes them Sikhs.

Prophet Mohammed in one of his hadiths states that the turban is a frontier between faith and unbelief. This aptly describes the significance of the turban for a Sikh as well. It is a true mark of sovereignty and a crown.

Due to its distinguishable nature, the turban has often been a target during times of persecution. There have been times in the relatively short history of the Sikh nation that if one wore a turban, it was reason enough for his or head to be cut off by the tyrannical regimes of the time. The collective response of the Sikh Nation was “You may take off my head but not my turban.” When many discarded their turbans, those that proudly adorned them in those times, even though it meant certain death, fully appreciated its significance. After all, it is in times of adversity that faith is tested and one must prove true to core values. By adorning their turbans, Sikhs serve as ambassadors of the Sikh faith and commit externally to following the path laid down by the Sikh Gurus. True submission, of course, occurs internally.

The next time you see a Sikh, greet him or her and know that the turban you see is the same turban that stood up against oppression against those identified as lower castes in India, tyranny in WWI, and the Nazi empire in WWII. As Sikhs tie their turbans each day, they should be heedful that it represents a very real commitment to the founders of the Sikh faith. The turban is deeply intertwined with the Sikh identity and is a manifestation of the mission given to all Sikhs – to act as a divine prince or princess by standing firm against tyranny and protecting the downtrodden.

Written by The Sikh Coalition

THE STORY OF THE TURBAN