The Life of Guru Nanak

Guru Nanak (20 October 1469 – 7 May 1539) is the founder of Sikhism and the first of the ten Sikh Gurus. He was born in the village of Talwandi, now called Nankana Sahib, near Lahore in present-day Pakistan. His parents, Mehta Kalu and Matta Tripat, were Hindus and belonged to the merchant caste. Even as a boy, Nanak was fascinated by religion, and his desire to explore the mysteries of life eventually led him to leave home.

Nanak married a woman named Sulkhni, of Batala; together, they had two sons, Sri Chand and Lakhmi Das. His brother-in-law, the husband of his sister Nanki, got a job for him in Sultanpur as the manager of the government granary, but his employment there wouldn’t last long.

One morning, when he was 28 years old, Nanak went (as usual) down to the river to bathe and meditate. It was said that he was gone for three days. When he reappeared, filled with the spirit of God, he said, “There is no Hindu and no Muslim.” It was then that he began his missionary work and the religion of Sikhism was born into the world.

Tradition states that Nanak made four great journeys, traveling to all parts of India, and into Arabia and Persia; visiting Mecca and Baghdad. He spoke before Hindus, Jains, Buddhists, Parsees, and Muslims. He spoke in the temples and mosques, and at various pilgrimage sites. It was during this period that Nanak met Kabir (1441-1518), a saint revered by both Hindus and Muslims.

Wherever he went, Guru Nanak spoke out against empty religious rituals, pilgrimages, the caste system, the sacrifice of widows, of depending on books to learn the true religion, and of all the other tenets that were to define his teachings. Never did he ask his listeners to follow him. He asked the Muslims to be true Muslims and the Hindus to be true Hindus.

After the last of his great journeys, Guru Nanak settled in the town of Kartapur (in Punjab) on the banks of the Ravi where he taught for another fifteen years. Followers from all over came to settle in Kartapur to listen, and sing, and be with him. During this time, although his followers still remained Hindu, Muslim, or of the religion to which they were born, they became known as the Guru’s disciples, or sikhs. It was here his followers began to refer to him as teacher, or guru.

It was here that the Guru told his followers that they were to be householders and could not live apart from the world—there were to be no priests or hermits. Here is where the Guru instituted the common meal; requiring the rich and poor, Hindu and Muslim, high caste and low cast, to sit together while eating. Here is where Lehna, later to be Guru Angad, came to be with Guru Nanak.

Just before Guru Nanak died, he called his disciples together and requested them to sing Sohila, the evening hymn. To satisfy both his Hindu and Muslim follower as to the funeral arrangements it is said he did not allow his body to remain behind.

The word “Guru” is a Sanskrit word meaning teacher, honored person, religious person or saint. Sikhism though has a very specific definition of the word Guru. It means the descent of divine guidance to mankind provided through ten Enlightened Masters. This honor of being called a Sikh Guru applies only to the ten Gurus who founded the religion starting with Guru Nanak in 1469 and ending with Guru Gobind Singh in 1708; thereafter it refers to the Sikh Holy Scriptures in the Guru Granth Sahib. The divine spirit was passed from one Guru to the next as “The light of a lamp which lights another does not abate. Similarly a spiritual leader and his disciple become equal, Nanak says the truth.” 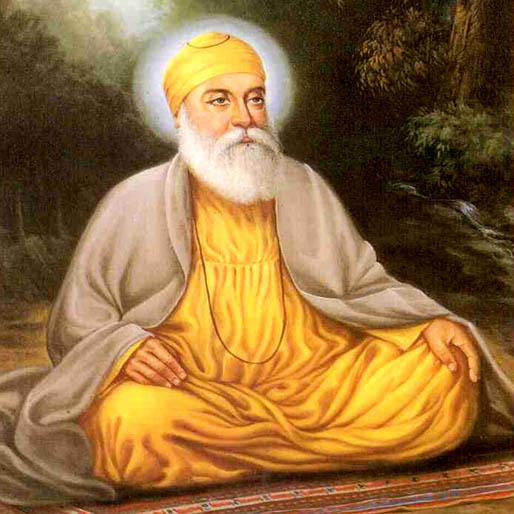 As the founder of a new religion, Guru Nanak set down strong foundations for his successors and his followers. He is known for his teachings about One God and only worshiping One Supreme Lord. He traveled in all four directions and preached about meditating on God and attaining salvation by becoming One with Him. 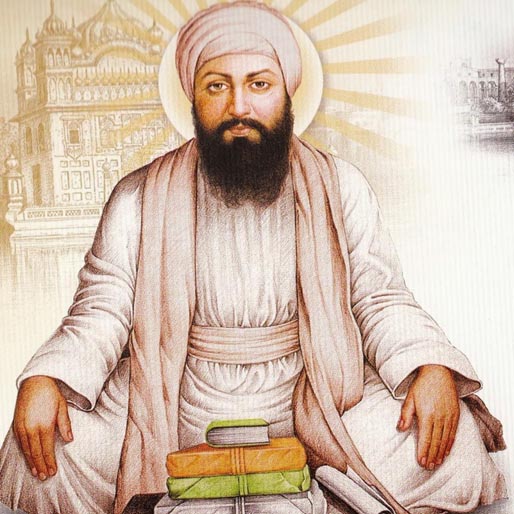 As the second Guru, Guru Angad Dev Ji popularized the use of a simplified alphabet by modifying the old Punjabi characters now known as the Gurmukhi script and wrote many verses that were included in the Guru Granth Sahib. He made sure that the institution of Langar, the communal meal served at the Gurdwara, became an obligation, and he created many Sikh religious institutions. 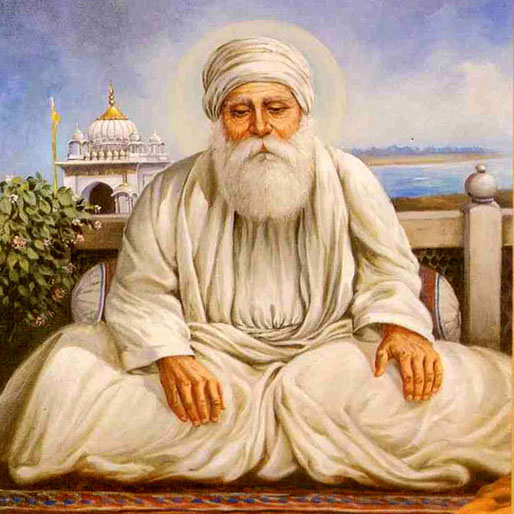 Guru Amar Das Ji was the second of the ten Gurus who founded Sikhism. He further abolished the caste system and lifted the status of women. He established an Administration system for management of the increasing size of the Sikh congregations, called Manjis. Guru Amar Das Ji also contributed a total of 907 hymns to the Sri Guru Granth Sahib. 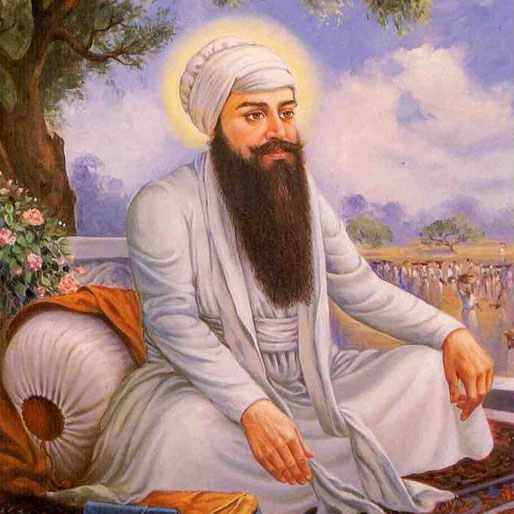 Guru Ram Das Ji is known to be the fourth Guru, who established the city of Amritsar. He continued the tradition of first three Gurus and emphasized the concept of selfless service to the humanity without any consideration of caste, color, creed, gender and country. He put stress on high thinking and simple living, and he gave the gift of “Four Lawan” to attain unity with God. 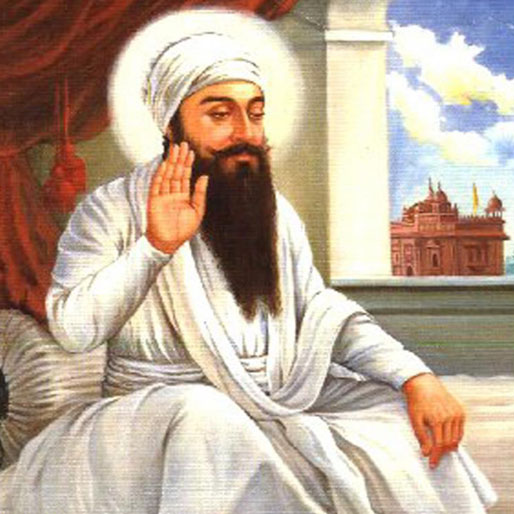 He was the fifth Guru and the first martyr of Sikh faith. Guru Arjan lived as the Guru of Sikhism for a quarter of a century. He completed the construction of Amritsar and founded other cities, such as Taran Taran and Kartarpur. The greatest contribution Guru Arjan made to the Sikh faith was to compile all of the past Gurus’ writings, along with selected writings of other saints from different backgrounds which he considered consistent with the teachings of Sikhism into one book, now the holy scripture: the Guru Granth Sahib. 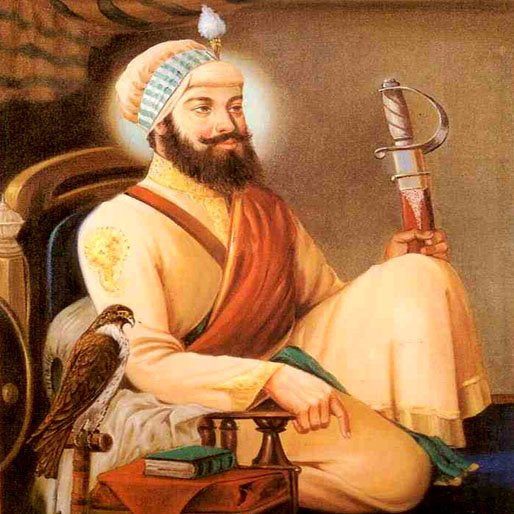 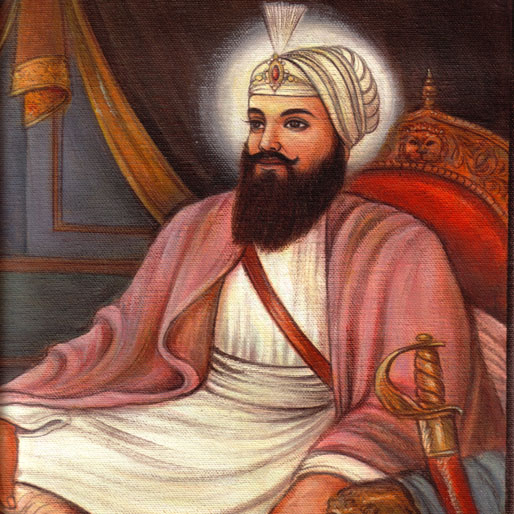 As the seventh Guru, he followed the footsteps of his grandfather, Guru Har Gobind Ji. He kept a contingent of 2,200 cavalry as his personal guard. After the many battles of Guru Hargobind, the times of Guru Har Rai were a time of consolidation for the Sikh community without any major battles in the Gurus lifetime. 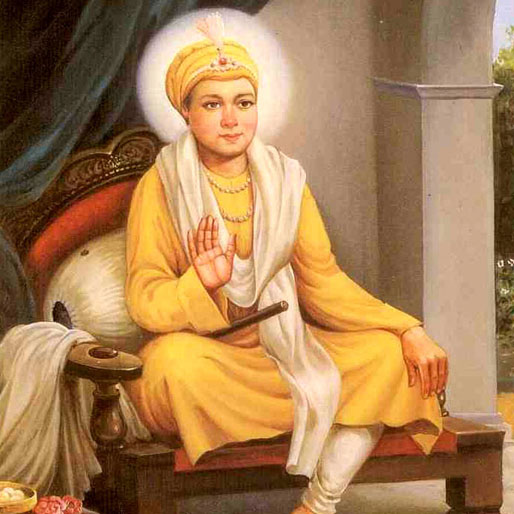 As the eighth Guru of the Sikhs, Guru Har Krishan became Guru on Sunday, 20 October 1661 following in the footsteps of his father, Guru Har Rai Ji. He was of a small age when he attained the leadership of the Sikh people. There are very few devotees of God in human history who have achieved a high level of spirituality in such small age. 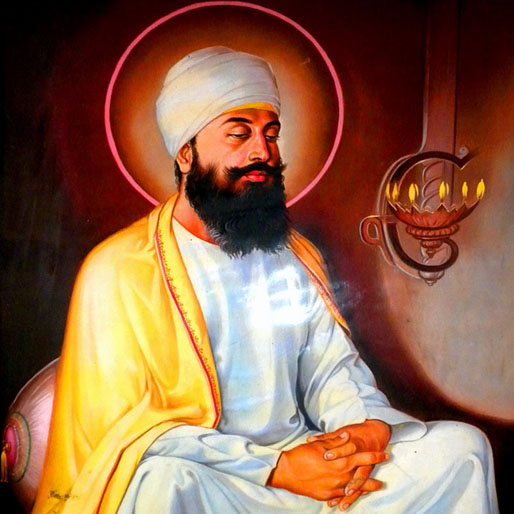 Guru Tegh Bahadur Ji was the ninth of the Ten Gurus of Sikhism, becoming Guru on Saturday, 16 April 1664 following in the footsteps of his grand-nephew, Guru Har Krishan. He sacrificed his own life, facing down Emperor Aurangzeb on behalf of the Kashmiri Hindus, ending Aurangzeb’s threat to either convert to Islam or be executed. He also contributed 115 hymns to the Sri Guru Granth Sahib, all of them Sloks. 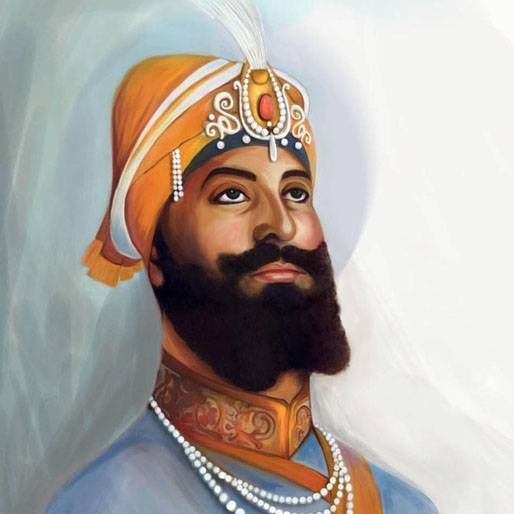 Guru Gobind Singh Ji was the tenth and last of the ten human form Gurus of Sikhism. Before Guru ji left his mortal body for his heavenly abode, he nominated Sri Guru Granth Sahib ji (SGGS) as the next perpetual Guru of the Sikhs. He molded the Sikh religion into its present shape, with the formation of the Khalsa fraternity and completion of the Guru Granth Sahib.